Letter from the Devs Vol. 3

Happy New Year, everyone! It’s Ichikawa, producer of FINAL FANTASY VII THE FIRST SOLDIER, back again with another installment of Letter from the Devs. Everyone here on the development team wishes you all the best for 2022, and we pledge to work hard to develop new and fun content going forward. This is the first letter for the new year, so there is a lot for me to cover, including balance adjustments and more, but I’m sure you’ll find it informative and useful, so please stick with me through to the end.

Thank you for all your responses to the survey we held in December. I’d like to take this opportunity to share some of the results with you. [Overall Game Satisfaction]

Approximately 45% of all respondents rated their overall game satisfaction at 8 or higher. We as the development team are pleased to see this positive result, but if we take a more stern approach, it could be construed that around 55% of players are not highly satisfied with the game as a whole. We intend to work even harder to make adjustments and add new content to increase overall satisfaction. [Areas for Improvement & Positive Aspects in Battle] Next, I would like to cover areas for improvement and positive aspects in battle.

Areas for Improvement in Battle

Most respondents said that there is room for improvement with controls, balancing for styles, and player matching. We also acknowledge that these areas need to be addressed and they are a high priority for us. I will be covering some of the recent balance adjustments that were implemented later in this letter. We're constantly monitoring various metrics within the game and will continue to make adjustments going forward when they feel necessary. We received positive feedback regarding materia in battles and the different traits for the various styles. Unlike other games in the genre, these areas draw from the Final Fantasy series, bringing a unique quality to FF7FS. We are happy to see that players are enjoying these aspects, so we’ll continue to polish these areas to facilitate an even greater experience. This concludes the results of the survey. The results shared above are just a select few from the multiple-choice questions. We also received tons of great feedback from the open-ended questions. Thank you for taking the time to share your thoughts and opinions with us (and we do read ALL of your comments!).

In the previous Letter from the Devs, we shared before/after comparison data with you and received positive feedback regarding this, so I would like to do this again and share the data from the balance adjustments that were implemented on 12/28. The data here is a comparison of sample data taken for several days before and after the adjustments. ▽Style Usage

On 12/28, we made adjustments to all styles except the Sorcerer class. The above tables show the comparison in usage as a result of these adjustments. As you can see from the table directly above, both the Monk and Ranger styles saw an increase in usage in all types of matches. We feel the buffs to melee attack and Manawall for the Monk style had a big effect on this. The effects of the adjustments to the Monk style are also pronounced in the differences for kills and damage as you can see in the below table. ▽Hand-to-Hand Kills and Damage Comparison

Next, I would like to share data on the usage of the abilities for each style. ▽Usage for Style Abilities

The abilities that were adjusted have seen an increase in usage, but the Ninja ability “Hide” saw the biggest increase in usage in solo ranked matches. The data here may be painting a picture of the in-game trends for the next little while. We hope this information is useful and helps you out there on the training field!

On 1/18 (Tue.) is an update for balance adjustments and to include downing players into the kill count. The next update, which is scheduled to take place on 1/21 (Fri.), will include stability improvements and will require players to update to a new version of the app.

The following balance changes were implemented in light of the current in-game environment. ▼Adjustments to "Fire" - Damage reduced - Adjustment made to damage area where fireballs land I have to admit that I had reservations about making an adjustment to Fire as it's the main attacking materia in FF7FS. However, considering its ease of use and low MP-to-damage ratio, I feel that it needs some adjustment. Compared to other types of materia, Fire had a more pronounced growth in power and damage area through the levels from Fire > Fira > Firaga, so we have tuned it somewhat so that the damage is more in line with where we feel the cost of use is. ▼Adjustments to Chocobo Kick - Attack power reduced - Damage against monsters increased After making adjustments to the Chocobo Kick on 12/17, we analyzed the data and found that the number of kills from the Chocobo Kick were reduced to 1/8 (one-eighth) of what they were before. However, despite kills from the Chocobo Kick being greatly reduced, we noticed that the Chocobo Kick combined with Fire has been used to deal damage that is close to an instant kill. Players could be attacked with Fire before they had a chance to get back up after being on the receiving end of a Chocobo Kick, so we have come to the conclusion that the current settings are causing players to use this combo and have made these adjustments to alleviate this. We've seen other situations, like using melee attacks to send players flying or knocking them from a high location before using Fire, but this is very situational and requires a high level of skill, so we feel those areas don't currently need to be addressed. ▼Friendly Fire Adjustment - Kills as a result of friendly fire previously awarded XP. We have changed this so that not only do they not award XP, they also don't count as a kill ▼Downed Players Added to Kill Count - When a player that is downed is killed, the player that downed that player will also have the kill attributed to them and receive the relevant Ranking Points (RP) ▼Adjustment to Blizzard - MP cost reduced from 2 to 1 ▼Adjustment to Hide - Flickering time adjusted and time the flame disappears for has been increased greatly

We have identified a number of issues that cause the game to force close and we are working hard to fix them. One of the main issues is believed to be caused by memory being taken up by data that is not needed. We are going to take the following steps to address this. - Reanalyze memory usage and decrease unnecessary memory usage - Reanalyze the memory dumping processing for the map during battles As there are several issues that are causing the game to crash, just addressing this one issue will not completely fix the issue, so we ask for your patience while we work to address each cause.

Our first ranking event, the President's Cup, is scheduled to begin 1/20 (Thu.). In this event, players will compete in number of kills and time in ranked matches for both solo and team matches. During this event period, limited-time challenges and login bonuses will also be available. Players that make it into the top of the rankings will receive exclusive rewards. As this is the very first ranking event, we want to start it off with a bang, so we will be holding a special "Introductory Exhibition Bout" that will run from 1/18 to 1/19. In this prelude to the main President's Cup, Ambassadors for FF7FS will compete in rankings of their own. Also, as this whole event is all about competitiveness, we are going to select a number of non-Ambassador players to take part in the Introduction Exhibition Bout as special guests! I hope you watch and think to yourself about how you would handle the kinds of situations the Ambassadors and other players find themselves in. For more detailed information regarding the event, please check out the relevant notice from the News section on the official website.

Finally, I would like to thank you all again for playing FF7FS. We are happy that you are enjoying the game and we know that many of you are livestreaming your gaming and having fun with those that follow your content. I feel it's worth nothing that we have received reports of players "ghosting" streamers to get an unfair advantage and reports of players trolling others to provoke them unnecessarily. Behavior that infringes on the terms set out in the Terms of Service or other inflammatory behavior will be met with strict punishments, including the banning of offending accounts. We ask that all players take the time to read the Terms of Service so that all players can enjoy a fun and fair environment. If you happen to discover any misconduct, please report it to us using the in-game reporting function and we will conduct an investigation. This concludes volume 3 of the Letter from the Devs. We hope this first installment for 2022 was informative. FINAL FANTASY VII is celebrating its 25th anniversary very soon. Despite a quarter of a century having passed since its initial launch, the passion from our fans constantly keeps us in awe. We pledge to work hard this year to continue to make FF7FS a worthy chapter of the FF7 saga and a game that we can all love and enjoy for a long time to come. Once again, thank you for taking the time to read this and sit tight for volume 4!

...P.S. Creative director Testuya Nomura here. As mentioned above, we are working hard every day to make adjustments and updates so that we can constantly enhance the FF7FS experience. We are also currently working on a large-scale update. We will be announcing the details in a livestream, but I'd note beforehand that we are working on some of the main requests such as the ability to create rooms and a new map. Once we can share more information, we will issue an update notice. The President's Cup ranking event is what we hope to be the first in a long line of competitive events. We not only have plans for more casual events like this one going forward but also large-scale competitive events, so we hope you’ll join when the time comes. Finally, I would like to share this image I drew this morning. Until next time! 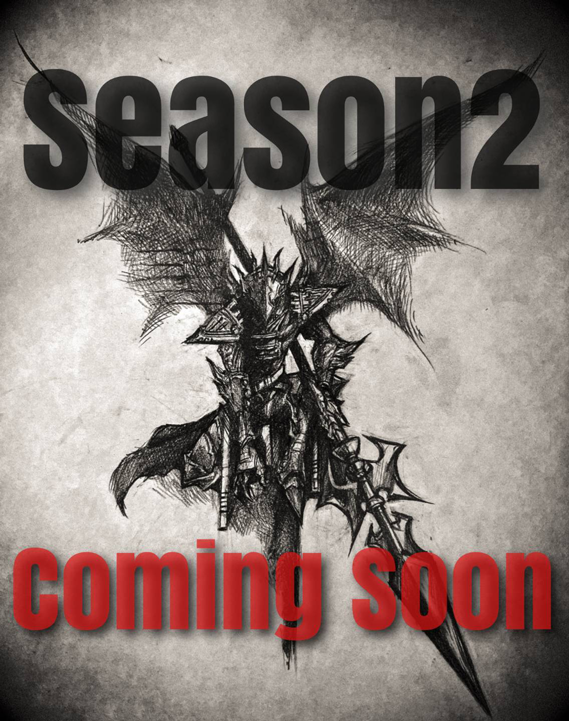