A "team match support campaign" is being held in FINAL FANTASY VII THE FIRST SOLDIER. If the total number of team matches during the campaign period reaches 7,777, then all players will receive Chocobo Feed Set x2! Invite your friends to the battlefield and play together during the new year holidays! Both ranked and standard matches will count towards the total. ▼Campaign Period After maintenance on 12/28 (Tue.) - 1/10/22 (Mon.) 14:59 UTC ▼Rewards Chocobo Feed Set x2 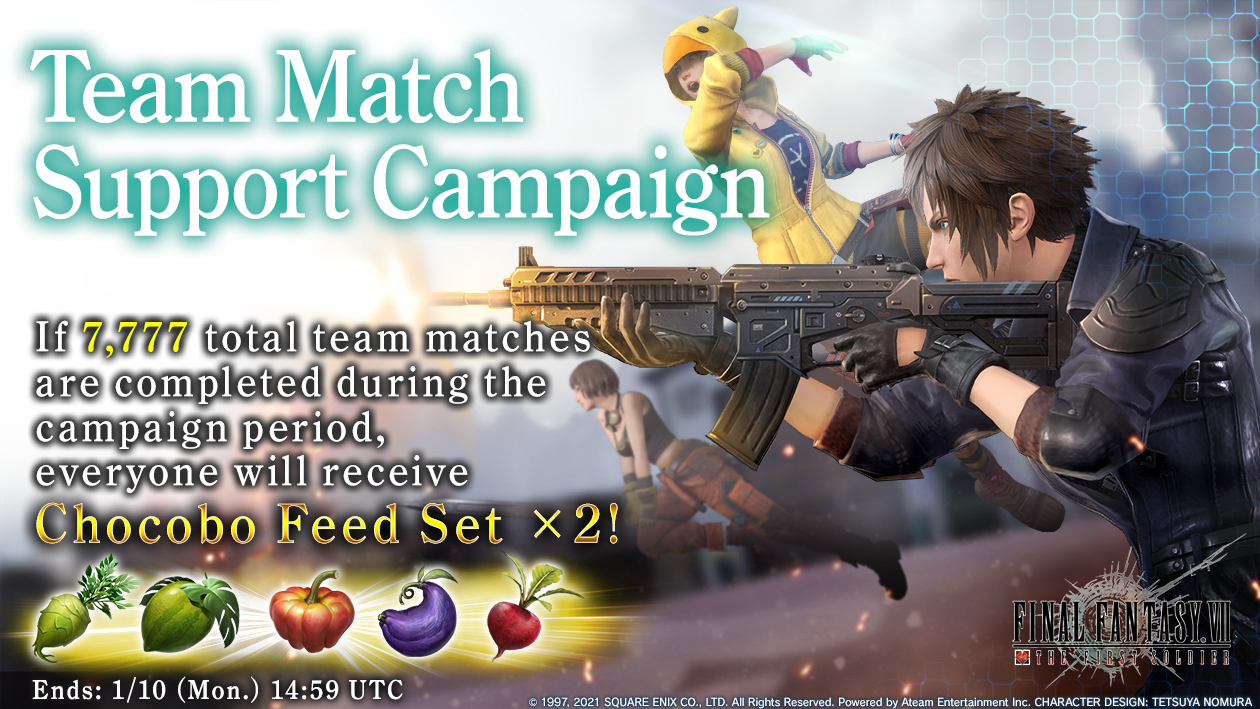 An emote screenshot posting campaign will be held on FINAL FANTASY VII THE FIRST SOLDIER's official social media channels. To participate, take a screenshot of your character using an emote in FF7FS, then post(*1) it on Twitter, the FF7FS official Facebook page (*2), or Instagram. If the total number of screenshots posted across all social media channels reaches 500, then all players will receive 1,000 gil in game. ▼Campaign Period 1/1/22 (Sat.) 3:00 a.m. - 1/10 (Mon.) 14:59 p.m. UTC ▼Rewards 1,000 gil ▼Social Media Links Twitter: https://twitter.com/FFVII_FS_EN Facebook: https://www.facebook.com/gaming/FF7FS Instagram: https://www.instagram.com/ffvii_fs

The results of the campaign and details on the date for rewards to be issued will be announced later. https://twitter.com/FFVII_FS_EN