Letter from the Devs Vol. 9

Hello everyone, it's Ichikawa, producer of FINAL FANTASY VII THE FIRST SOLDIER, back again with another installment of Letter from the Devs. How is everyone enjoying season 4 so far? In this 9th volume of Letter from the Devs, I'm going to be covering info on the update that will go live on 10/3. There is a lot to get through, including the long-awaited chocobo time trials, major adjustments to styles, and additional features for the Variant Mode, so let's jump right in.

The chocobo time trials we talked about in the latest livestream are being added in the next update.

When you jump on a chocobo during a match, checkered-flag icons will appear on the mini-map. Head to one of these locations and pass through the white moogle gate situated there to begin a time trial. *You must pass through the side with the moogle facing you to start the time trial.

Once the time trial begins, 10 checkpoints will appear on the map and you will have 30 seconds to pass through them all to successfully clear the trial. 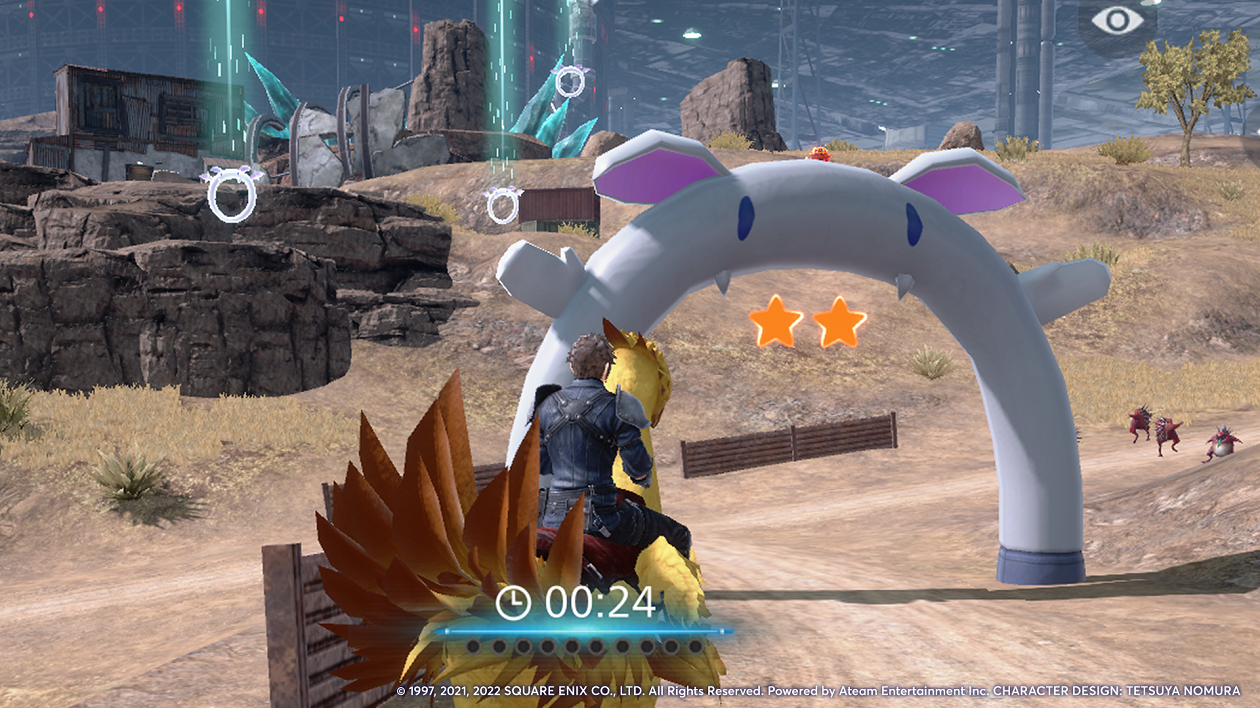 To celebrate the addition of the chocobo time trials, limited time challenges, which offer rewards such as Gilgamesh Special Shinra Pack Tickets, will be available. See the in-game Challenges screen once they go live for details.

We apologize to candidates using controllers for the long wait, but we have now added the ability to customize button configuration for your controller.

*If two or more actions are assigned to the same button, there are cases where one of the actions will be prioritized. *Certain buttons cannot be customized. *In accordance with the implementation of this feature, we have combined the machinist's Air Gadget attack with the button for the chocobo kick and bike spin attack.

- Shot interval for the gil toss machine gun increased (only when you hold 200 or more gil). - When tornado lands on an enemy, 0 will be displayed to indicate that a hit landed but no damage was inflicted. - Content update for season 4 has also been reflected in the settings for item appearance in private matches. - Small measure to improve lag that sometimes occurs when first firing has been added. - MP requirement for teleport reduced to 1.

This brings us to the end of Letter from the Devs Vol.9. I hope that you all have lots of fun dashing around on your chocobos to complete the time trials. Also, I'm confident that the changes to the styles will spark new style selection trends, so have fun testing out the updated abilities and skills! Finally, as October is just around the corner, we're going to start seeing Halloween decorations spring up. We're planning to add a little spooky spin on matches in FF7FS, so make sure to check the notices regularly for updates! Until next time!