Ichikawa, producer of FINAL FANTASY VII THE FIRST SOLDIER, here. In this letter I'll be covering update information on Season 4: Feast at the Gold Saucer. There is lots to get through including details regarding balance adjustments, new features, and more, so I hope you stay with me until the end!

Feast at the Gold Saucer

The theme for season 4 is the glittering park of attractions—the Gold Saucer. In keeping with the glitzy theme, the season pass this time contains a glamorous lineup of goodies! 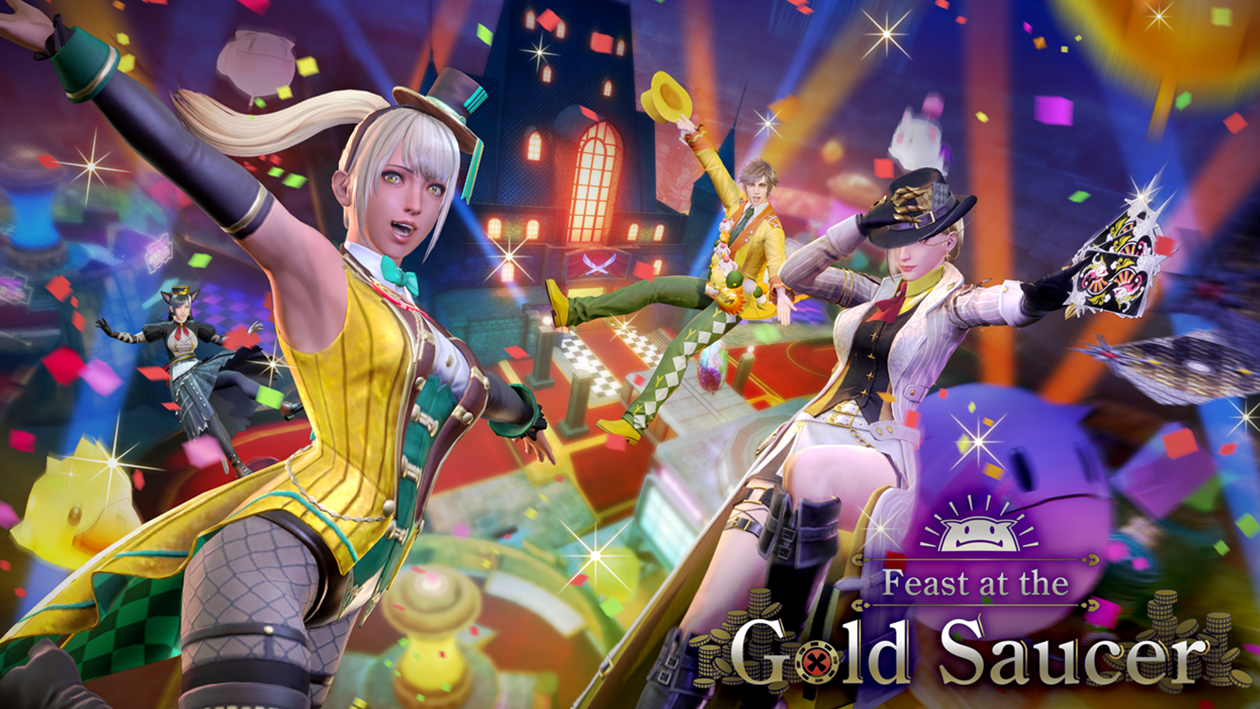 The outer areas of the Midgar (Plateside) map have been expanded and the following locations have been added. - Industrial Area - Plate Interior - Military Base - Mako Substation - Research Facility - Space & Aeronautics Facility

To accommodate for the growth in map size, we have increased the maximum number of candidates that can join a match on Midgar (Plateside) from 60 to 75. *The max for private matches remains at 60.

The Sector 5 Station and Desolate Area (West) have been replaced by the following two new locations.

<GS Battle Square> Security officers and monsters roam around this battle area. In the most remote part of the battle area, you are guaranteed to meet a powerful monster, so make sure to ready yourself before heading inside. 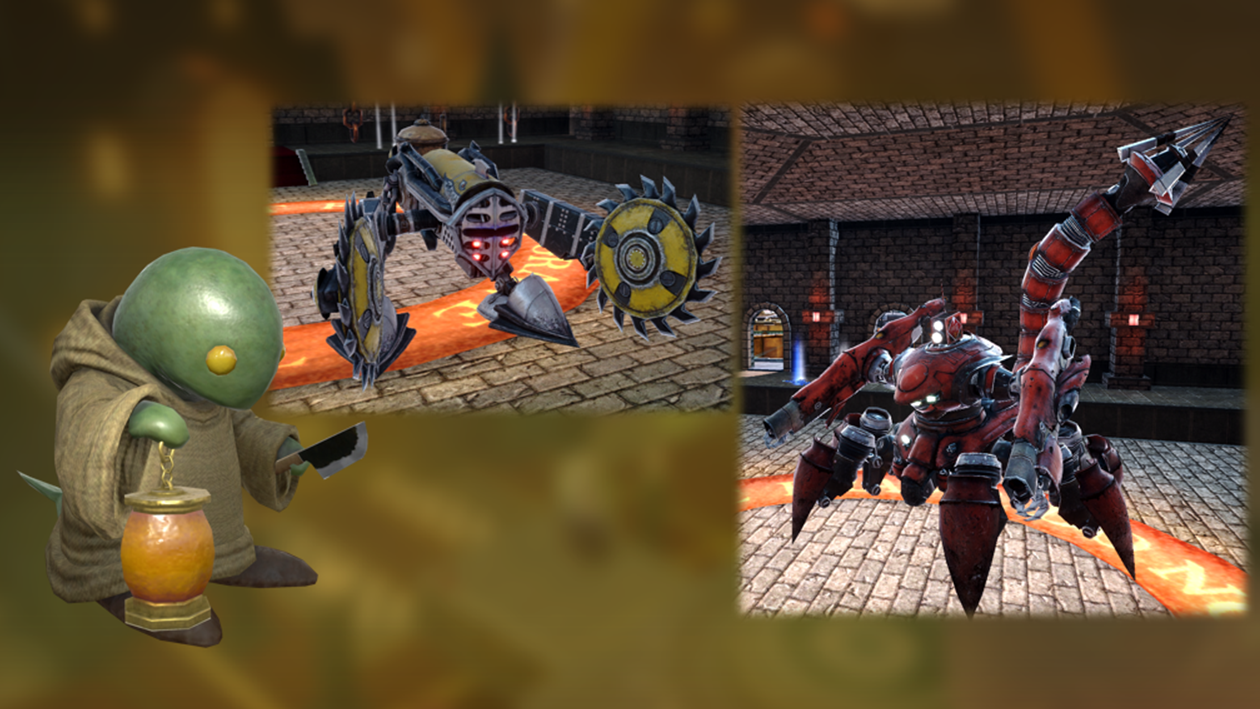 <GS Wonder Square> Whack-a-boxes are dotted around this exploration area. Destroy whack-a-boxes for rewards items. The bigger the box, the more extravagant the reward inside! Monsters may appear from time to time, so make sure not to lower your guard when whacking those boxes. 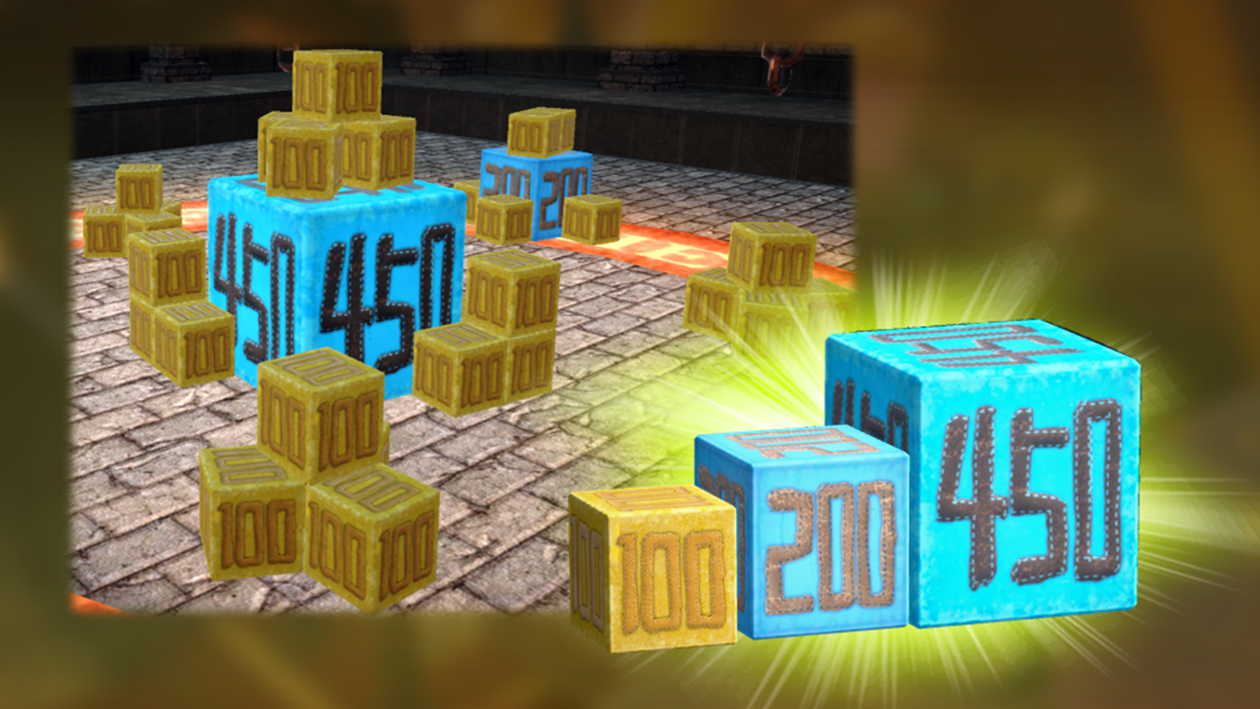 When you defeat monsters in the Battle Square, or when you destroy whack-a-boxes in the Wonder Square, Chance Reels may appear. If they appear, you will receive additional items based on how the reels align. When taking down powerful monsters or destroying big whack-a-boxes, the Chance Reels that can appear will offer a much greater chance at snagging greater rewards.

A new style joins the fight with season 4. The newly added trickster style can create copies of itself that attack enemies, warp to a specified location when downed, and perform other sneaky actions to keep opponents on their toes. 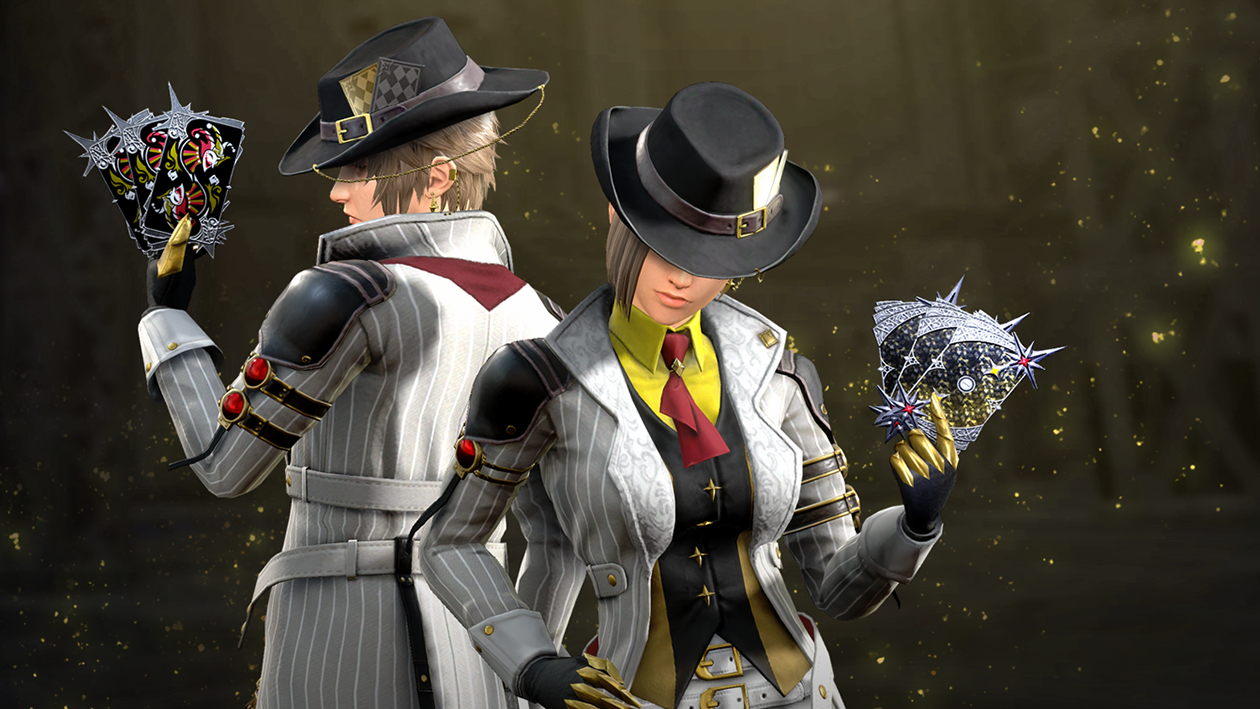 ▼Style Trait: Gold Trick Gil is obtained each time you level up. When you reach the final level, you will obtain a total of 540 gil. Based on the total amount of gil obtained, ability cooldown time is reduced and the chance for critical hits from your melee weapon is increased. If you obtain a total of 1,700 gil, your ability cooldown time is reduced by 50% and melee critical chance is increased by 20%. ▼Ability 1: Decoy Card Creates a copy of you with the gun you are holding in the location the card is thrown. The copy will shoot at enemy candidates and monsters within a 100m radius until a certain amount of time passes or its HP reaches 0, after which it will vanish. *Copy HP is based on ability level. *Copy damage is 25% of regular damage. 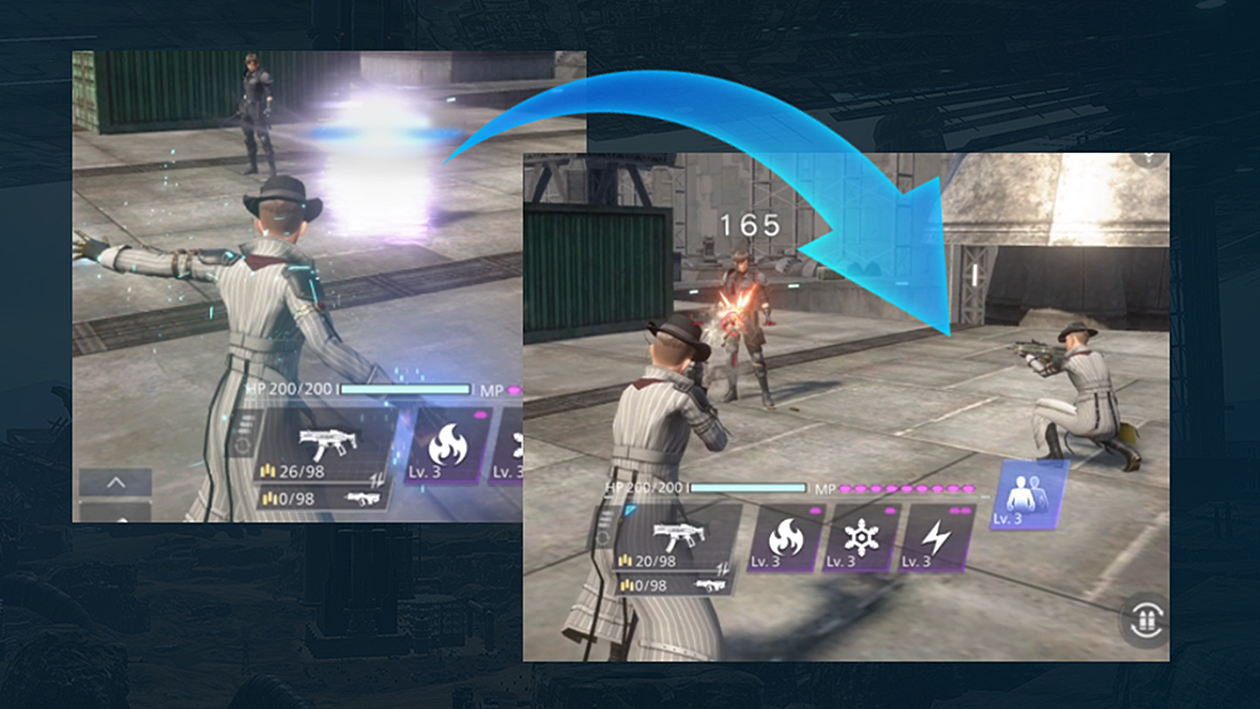 ▼Ability 2: Marking Card Places half of your current HP into a card (marking point) for a certain amount of time. If your HP reaches 0 while your HP is stored in the card, you will return to the location of the card and that HP will be restored to you. The warp effect that returns you to the location of the card will be lost and only any HP remaining in the card will be restored to you under the following conditions: 1) When an enemy attacks the card and reduces the HP stored within to 0. 2) When 30 seconds have passed since placing the card. 3) When the player that placed the card travels 140m or farther away from the card. 4) When the card is consumed by the hazard zone. Also, when a card is active, you will not be able to obtain XP, ride vehicles or chocobos, or use benches. 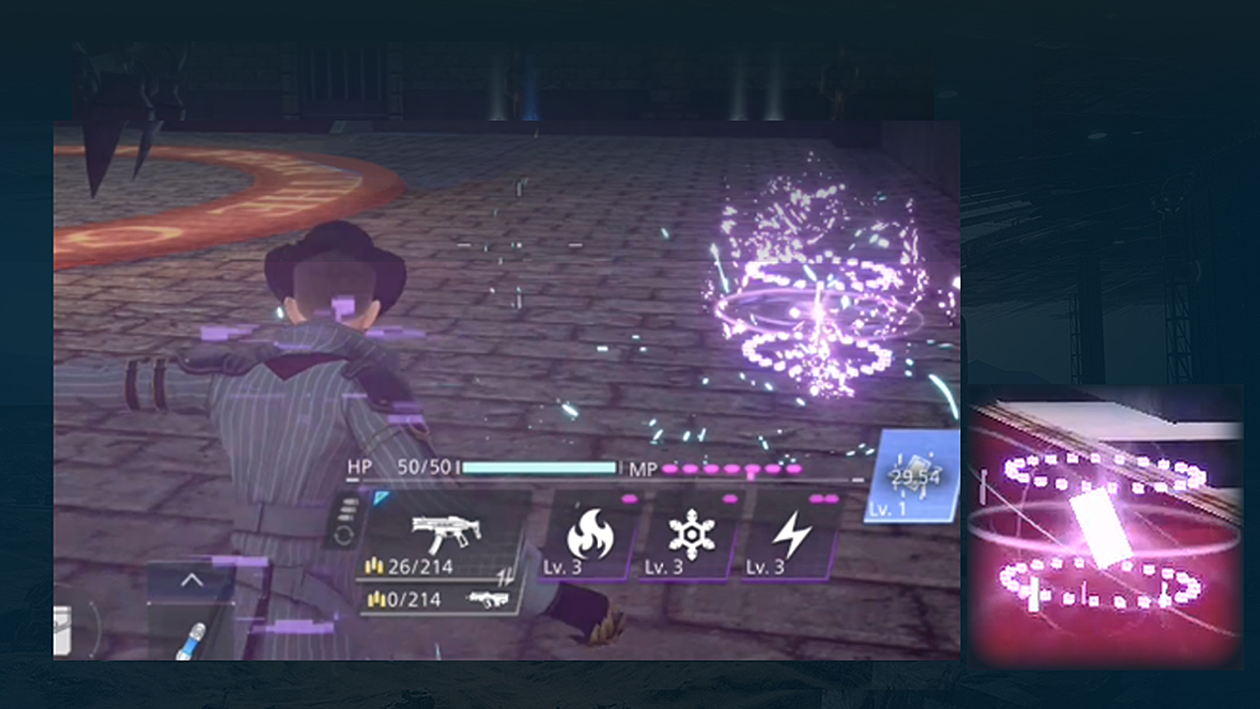 Shoots a ball of wind that explodes in the location it lands. Blows away any placeable or trap materia in its blast range nullifying their effects regardless of whether they were placed by friend or foe. *MP consumption is 1 and no damage will be inflicted. *The effects of the following materia can be nullified by tornado: thunder, blizzard, aero, bio, blind, gravity, and teleport.

Two new weapons have been added with season 4. ▼Gil Toss Machine Gun A special weapon that uses gil instead of regular ammo. The more gil you possess, the greater the amount you can fire at once, increasing the bullet spread. 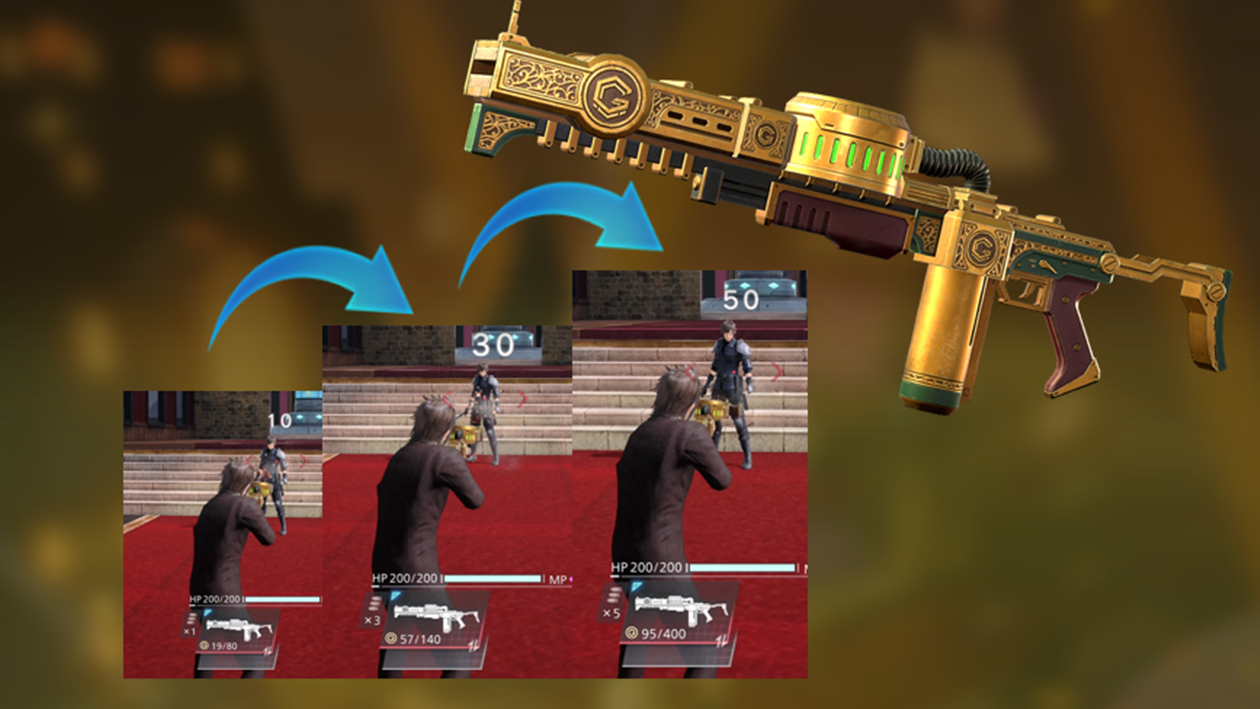 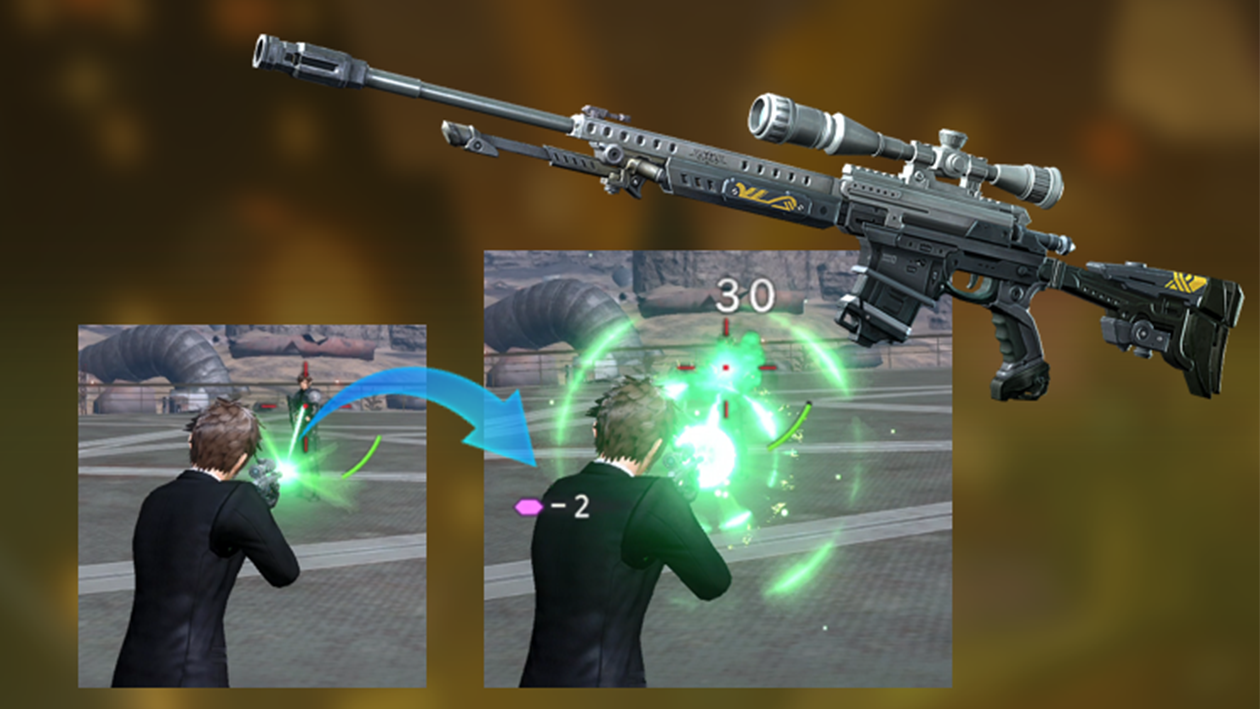 Sports cars accelerate faster than utility vehicles and also have a higher max speed, making them perfect for getting out of tough spots. Sports car skins will be added at a later date, so make sure to keep an eye out for them. 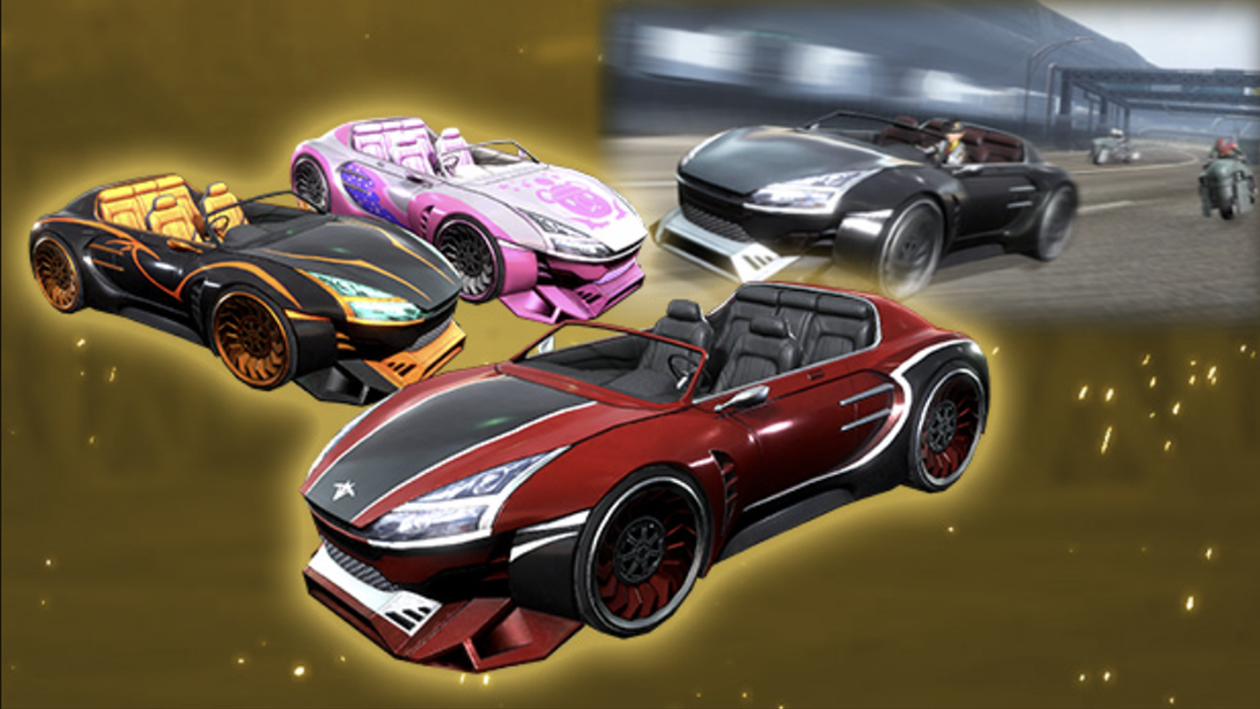 During season 4, you can exchange data items for Gold Saucer-themed items in the Collection. The lineup features skins based on the charming Cait Sith and gorgeous gold items inspired by the Gold Saucer. 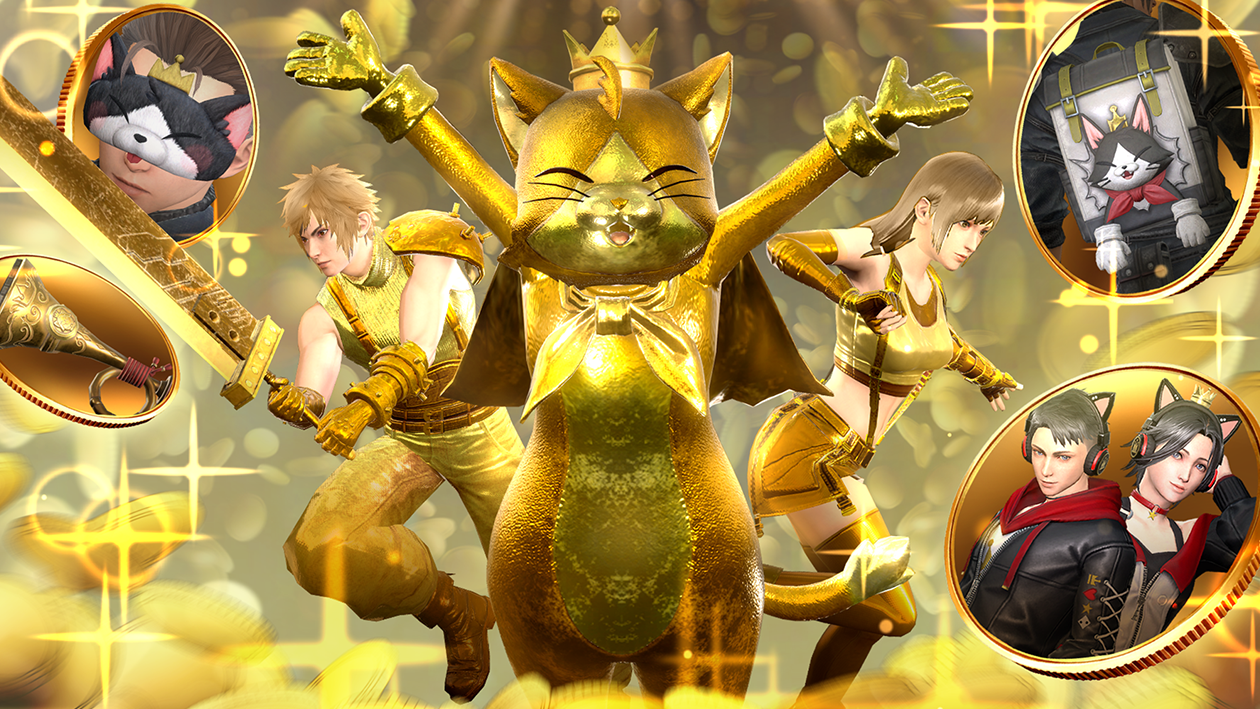 ▼SMG (Submachine Guns) The MP-60 Type A has been adjusted so that it is isn't overshadowed by its counterpart the Dissent's Bane, which has a steady usage rate among candidates. - MP-60 Type A ⇒ Time between shots decreased ⇒ Ammo capacity increased ▼Sniper Rifles (SR) Now that the new Chimeric Vengeance sniper rifle has been implemented, we have made the following adjustment to the Executioner Gamma to improve usability as a single-shot rifle. - Executioner Gamma ⇒ Time between shots decreased ▼Light Machine Guns (LMG) Despite increasing the base damage in season 3, the usage rate of the Gryphon didn't improve, so we have made the following adjustment to it. - Gryphon ⇒ Delay time before firing reduced ▼Shotguns (SG) To ensure the Model S-7 isn't overlooked for the Eclipse Eater, which sees strong usage, we have made the following adjustments to it. - Model S-7 ⇒ Ammo capacity increased ⇒ Pellet count increased ▼Unique Guns The Polestar, which tends to be less favorable as it is hard to hit with, has been completely remodeled so that it is now a double-burst gun. Base performance for the Serpent Launcher has been increased to match its scarcity value. Also, the Flare Thrower and the Infernal Cannon, which were both removed during season 3, have returned with performance adjustments. - Polestar ⇒ Remodeled into a double-burst gun ⇒ Base damage decreased ⇒ Ammo capacity increased - Serpent Launcher ⇒ Reload speed decreased ⇒ Ammo capacity increased - Flare Thrower ⇒ Drops from Bahamut again ⇒ Base damage decreased ⇒ Range decreased - Infernal Cannon ⇒ Drops from Bahamut again ▼Single-Fire Guns We have discovered that when single-fire guns are mid-auto fire and the operator switches to manually fire, the interval between bullets is shorter than compared to when just firing manually. To ensure that an overall balance is maintained, we have adjusted the reaction time when switching to manual fire when mid-auto fire. ▼Rapid-Fire Guns We have reduced the difference in delay between shots caused by the difference in frame rate settings.

- Magic weapons that can be charged can now have their charged state canceled by tapping and holding the charge button. - Damage from Ifrit's Crimson Dive has been reduced. - Vehicles can now climb inclines and slopes more easily. - The types of materia that can drop from monsters have been adjusted.

- A feature that allows you preview helicopter effects has been added to the barracks.

- If you tap and hold the fire button when the Dual Wheeler is charged, it rapid fires. - If you spin the view camera when mid-firing with the Gryphon, it causes the camera to spin constantly. - In certain situations, when you climb onto a slightly elevated position, the climbing animation fails to activate. - Serpent Launcher ammo display error. - Chainsaw shots from the Buzzsaw Launcher of players that have already left the match remain in certain situations. - The target of the bomb's counterfire attack is sometimes an unintended target.

There was a lot to get through for the Season 4 Update Notes, but I hope you found it all informative and useful! We hope that you enjoy all the new areas added to the Plateside map along will the Gold Saucer-themed areas added to the Undercity map. Also, we hope you'll have fun with the new trickster style and the tornado materia. October, the month of Halloween, is just around the corner... I wonder what kind of spookiness we'll see in FF7FS... Stay tuned for more update information regarding this. Also, Variant Mode, which was released at the end of season 3, was a big hit. We're going to be analyzing the popular play styles and game data to make improvements to deliver even hotter battles in the next installment of this event. We plan to bring Variant Mode back again during season 4, so make sure to check our social media and in-game news regularly for updates. Thank you for sticking with me through to the end. Stay tuned for more update info. See you next time!